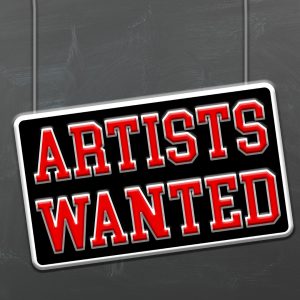 Attention all artists of the new generation! Century Comics, as of Tuesday, February 21st 2017, is looking for artists to help aid us in bringing our comic books into reality!

We are currently looking for comic book artists able to create realistic art, as well as being willing to do art for comics that at times will be dark. You must also be willing to create art that will also be used for merchandise. Experience is not necessary if you are the right person for the job, age is also not a key factor, however a positive attitude, the desire to make a difference in the world, and the desire to break the mold of comic books IS required. Must not have a record of super-villainy.

Be sure to use the buttons on the right to follow us on social media!

If you are interested in applying for the job, use the form below, other details will be discussed later upon review of the application. 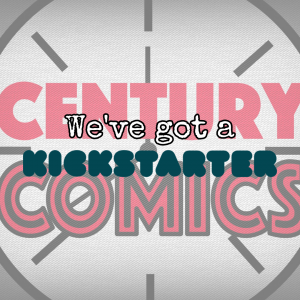 I’m proud to say that Century Comics has opened up a Kickstarter page!

We’re seeking $10,000 to pay an illustrator to help us create multiple comic books, as well as to cover legal expenses and most importantly, the rewards for those who help us bring our comic books to life!

It’s been my dream to create comic books since I was 15. In 2015 I began coming up with various ideas to bring to the pages of comic books ranging from a teenager in a low-income household to a scarred war veteran haunted by images of his past.

Through this Kickstarter, I hope to be able to bring thrilling stories to life through the pages of comic books.

So as some of you may know, last year the Century Comics team went to Comic Con for the first time! And for those of you who read our first impressions, you saw that we had a few issues with the event, only a few, but that doesn’t mean we can’t hope that the event improved right? So here’s how we hope the event improved. 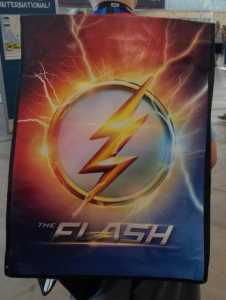 So, since we’ve pointed out some issues, how do we recommend they fix them? I mean, we’re not the people actually running the convention and we’ve never been in charge of one after all, well, here’s how we recommend you fix these issues.

Well it hasn’t been long since its creation, but Century Comics is now selling merchandise on Zazzle! While the merchandise doesn’t have anything to directly do with any of the characters that will be appearing in future comics, these items still stick to the theme of comic books, magic, myth and video games.

Now if you don’t see anything you like in the picture above or below, or in the shop itself, make sure to still keep an eye on our Zazzle shop because we are actively adding new designs to it! 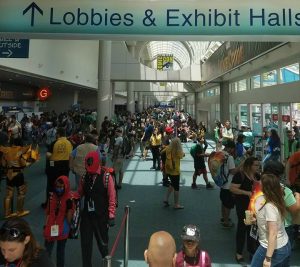 So, San Diego Comic Con 2016 has come and gone, everyone has packed up and left, and the dates for next year have already been announced. But, before we get too far off topic what did we think of our first Comic Con?

Well, like many things it could’ve been handled differently which would’ve made things more enjoyable, for example a bigger venue so that you’re not getting pushed the entire time. Also add an age limit, because there are some kids that are way too young to be going to a convention.

Too many lotteries and not enough VIP experiences! Way too many things during SDCC relied on a lottery system, the HOTELS used a lottery system! You had to enter a lottery just to be able to get in line to buy vinyl figures! Now while it does make sense for the smaller booths that are selling things that would sell out in the first 30 minutes, it does not and should not be used for EVERY. SINGLE. THING. Photo ops could be sold under a VIP experience where you get maybe 2 or 3 minutes to meet your favorite celebrity.

So now that we’ve gotten the bad things out of the way let’s move on to the panels, the majority of which were entertaining. For example, the Luke Cage panel was entertaining to be at for multiple reasons including the fan interaction and the reveal of not one, not two, but three teasers for Luke Cage, Iron Fist and The Defenders! Another example of an interesting panel would be the Comic Book Law School panel which taught us some very valuable things.

And finally The Exhibit Hall, there really isn’t much to say about it because of how little time we really spent in it. The time we did spend in the Exhibit Hall, we were getting pushed out of the way because of the large crowds in the spaces that were too small to accommodate them, as well as the lines for the bigger booths like AMC, Fox, ABC, DC, and Marvel.

But overall we enjoyed the convention despite the pushing and shoving and the fact that they used a lottery system for everything, but the positive outweighs the negative, and this is our first impression which most likely means that after going to it repeatedly, we will be opened up to understanding it even more.

San Diego Comic Con is around the corner, and most people have already gotten everything they need for it, so is this going to be your first time going to the event? Well, this is our first time going, but we have gotten everything we need; since we want to help make your experience as fun as possible we’ll be listing what we’re planning to bring. 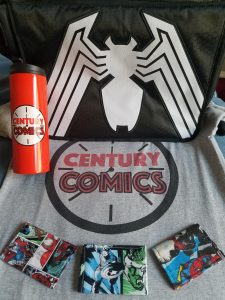 So that’s all of the things that we actually have for the convention, but what did we have to do to get prepared?

So everything I listed were things that we’ll be taking with us, and things that we have done to prepare. While we may not need all of these things it is better to have too much instead of too little. Your first time going to an event should be used to decide what you needed, or didn’t need to have so you can have even more fun next time.

We are an independent comic book company with comics currently in development.